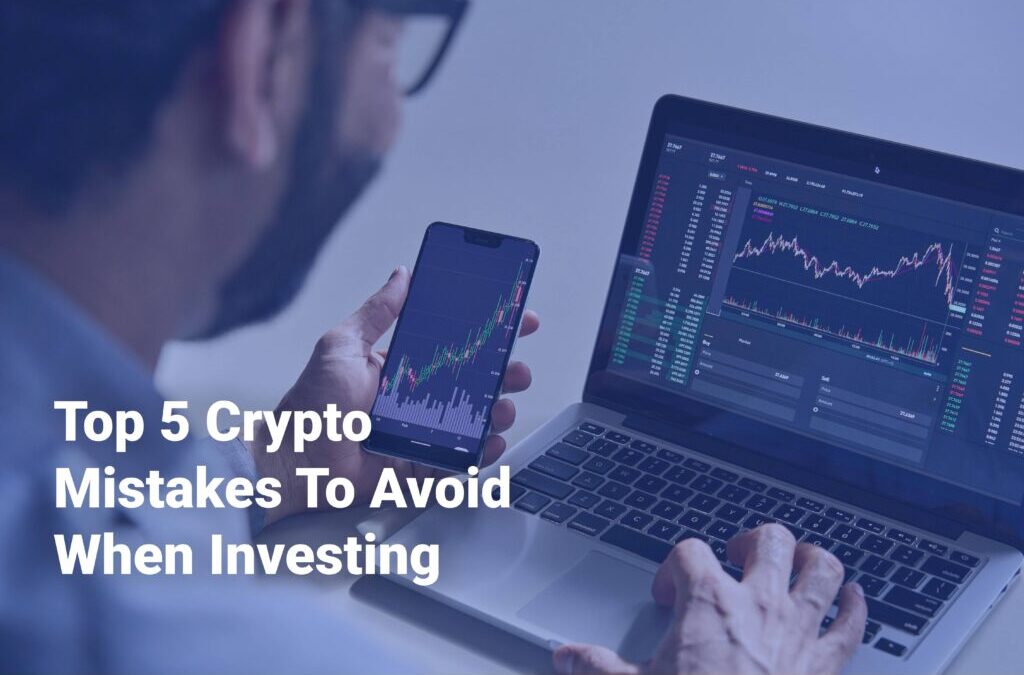 Investing in cryptocurrency is a risky proposition – no one who keeps up with blockchain news will argue that. The potential for high returns, however, is a large part of the appeal for many people who invest in, or otherwise support the cryptocurrency industry.

While it’s great to be able to make money from your investments, you can never forget that there are losers as well as winners in this game. No one wants to lose their hard-earned money, and you don’t have to, as long as you enter the space as well-informed as possible.

In this article, we’re going to take a look at five of the most common errors that crypto-newbies make and how you can avoid them:

Investing in the cryptocurrency market requires a fairly decent pile of capital to start with. It also demands that you monitor your investments closely for at least several months before deciding whether or not you’re going to make money on them.

The problem is that crypto-investors are often reluctant to take this initial hit, because it may seem like throwing money away. As a result, they underestimate how much money they need to be able to deal with even the most negative of scenarios. The most common outcome in these cases is that the investor fails at their very first hurdle.

The fear of missing out is something that afflicts both newbies and old hands in the world of cryptocurrency investment.

For example, you may decide to invest in particular blockchain technology providers or ICOs because everyone else is doing so. The problem with FOMO investments is that they can lead to very poor risk/reward ratios because so many people are trying to jump on the bandwagon at the same time.

Mistake #3: Not learning about your chosen investment

What’s not so great, though, is if you’re going to invest in it without taking the time out to learn about what the project itself actually entails. If you don’t do this then there’s a very real danger that you may fall into one (or more) of the following common traps:

Mistake #4: Being too hasty to sell

Let’s be honest here: it would be great if we could make money from every cryptocurrency investment we made. The reality of the situation, however, is that some projects don’t really work out in the way that you had hoped they would. This doesn’t mean that your initial investment was a mistake, but rather that you need to wait and see how things turn out.

In other words, there’s no need to panic and sell your investments at a loss just because you don’t get the instant return on your money that you were hoping for.

Mistake #5: Not keeping up with blockchain news

A lot of investors like to think that they know everything about what’s going on in the cryptocurrency industry. In reality, however, it’s near-impossible for anyone to follow all of the news stories that are published on a daily basis.

In fact, there are hundreds of different news outlets out there that focus exclusively on blogging about happenings in the world of cryptocurrency. As such, if you’re not willing to take the time out to follow the news then you’re making it much easier for yourself to fall victim to poor investment decisions.

In conclusion, if you can avoid making these five common mistakes then you’ll be much better-equipped to find success as a crypto-investor even as a newbie.

Still hesitant to start investing? Consider working with Key Coin Assets. Our team is composed of crypto and blockchain experts who can help you make correct moves in this exciting market. Contact us NOW at 843-886-9547 to start investing in yourself!