Crypto Asset Management in the UK: Why Blockchain Is Disrupting SWIFT and Global Payment Systems 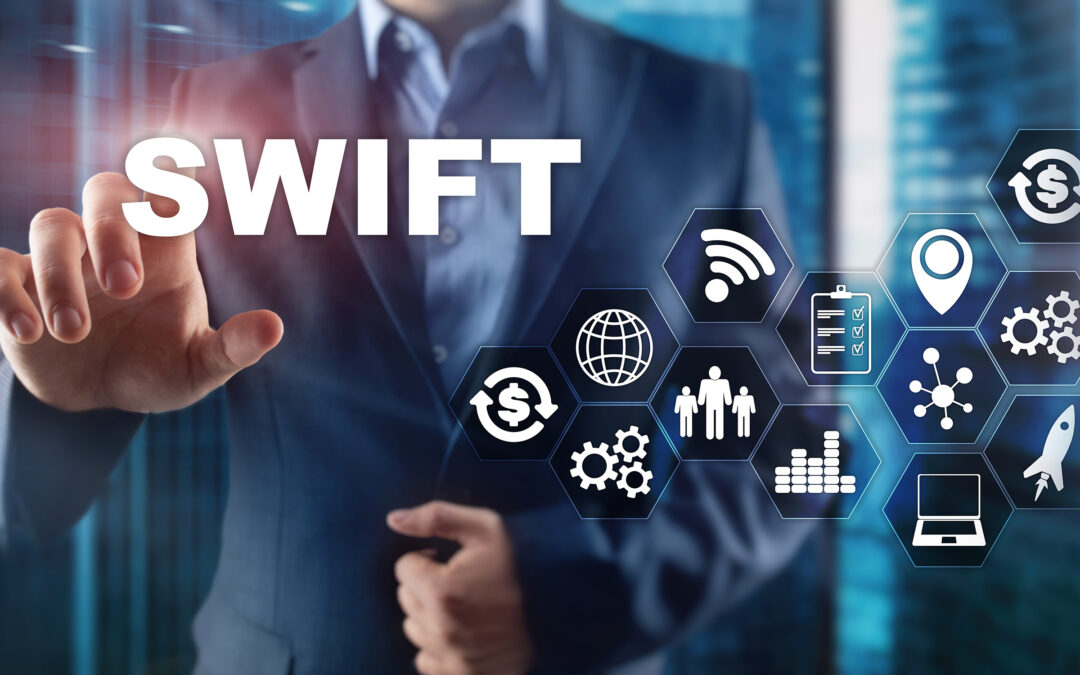 The SWIFT system has dominated the financial industry for decades. It lets people transfer money between banks across borders without having to set up new payment systems for each country. It is a system that works well, but it is not without drawbacks—which crypto asset management in the UK can bypass.

Blockchain-based payment options are changing all that. They are faster and more secure than the SWIFT system and other global payment systems. So much so that they are opening up the world to new possibilities.

SWIFT Has a Lot of Drawbacks

The SWIFT system offers a lot of great transaction options, but it also has weaknesses that are hard to ignore:

Money transfers in the SWIFT system are not public, which means they lack transparency.

Because of this, those who use the SWIFT network will not have full access to receipts of their transactions. The only timestamp that users get is for the time at which their transaction was made as a whole—not for each individual step of the transaction.

So if something goes wrong during a transaction, it can be difficult to pinpoint where exactly the issue occurred.

When it comes to the SWIFT system, security is a major drawback. In fact, over the last few years, multiple banks have been targeted in SWIFT-related cyber attacks.

In 2016, a series of cyberattacks on Bangladesh’s central bank resulted in the theft of $81 million from its account at the Federal Reserve Bank of New York. Later that year, a similar attack occurred at the Banco del Austro in Ecuador.

In 2018, the Russian central bank lost around $6 million to cyberattacks. The unknown hackers used the SWIFT international payments messaging system to carry out the theft.

While most SWIFT messages use an authentication code to secure transactions, some financial institutions don’t use this feature.

The SWIFT system runs on a centralised network where data is stored and maintained by centers around the world.

SWIFT considers security to be a shared responsibility between it and the banks. However, it places much of the burden on the banks themselves, who are accountable for safeguarding their own systems.

Blockchain technology providers can attest that this structure is ineffective in preventing cyberattacks. In factl, most of the hackers used stolen bank credentials and valid payment messages.

Even if the user completed a transaction instantly, it can take up to two weeks for funds to appear in a bank account. This is problematic for businesses that want to send funds across borders for any number of reasons. Similarly, it makes it difficult for banks to offer their clients instant transfer services.

The SWIFT system has not been updated significantly since its implementation in 1973. It continues to rely on outdated infrastructure that relies heavily on bureaucracy and human interference.

Other Global Payment Sytems Are Also Not Ideal

Although there are payment systems other than SWIFT, most of them have a lot of drawbacks.

For one thing, most global payment systems are slow because they run on outdated technology. Hence, they cannot keep up with the innovations in financing.

In short, it could take days for transactions to go through, which is not ideal in today’s fast-paced world.

People who want to purchase something from overseas using their credit cards usually have to pay a foreign transaction fee and a currency conversion fee. Additionally, they may have to pay an ATM fee if they withdraw funds from an ATM while overseas.

All of these fees add up and can make consumers wary about making purchases online or abroad.

Finally, global payment systems tend to be opaque. This means that users do not always know how the systems handle their money during the transaction process.

This can leave users feeling uneasy about how secure their money is when it is being transferred between accounts and how much control they actually have over it.

Why Blockchain Is the Future of Systems

Recent cryptocurrency news shows that blockchain-based systems are shaking SWIFT and other systems. This is because it runs on a decentralised system, which keeps parties from full or major control over transactions.

And because of that, it offers a lot of benefits that conventional global payment options cannot match.

Blockchain technology offers unparalleled transparency to any industry that uses it. A public digital ledger keeps a record of all transactions. This allows for verifiable proof of each transaction.

In the case of global payment systems, blockchain technology provides a level of accountability that other systems cannot match.

The transparency of blockchain technology allows parties to see all transactions from start to finish and reduces the need for third parties that play middleman roles.

By decentralising the ledger, hackers would have no single point of vulnerability to exploit. Even if a hacker was able to break into one of the nodes and tamper with the ledger, that would not affect the other copies of the ledger around the world.

The nature of cryptocurrencies also helps keep transactions secure. Cryptocurrencies are pseudonymous. This means users can send and receive funds without having to reveal their identities. This allows them to conduct business without fear that their personal information will be compromised by hackers.

In addition to being transparent, open-source, and decentralised, blockchain is also fast.

Transactions made using blockchain are settled in real-time—not days or weeks later, but as soon as the transaction goes through.

This is an improvement over what typically happens when someone makes a payment internationally: the money moves between banks several times before it reaches its destination.

No Hidden or Additional Fees

Blockchain-based global payment systems have no extra fees because they do not require a central bank or intermediaries.

All transactions are recorded on a public blockchain, which is open for scrutiny and verification by users.

Blockchain technology also allows users to make direct transactions with each other without having to go through an intermediary like Visa or Mastercard. In fact, it also allows people to invest in crypto without relying on banks.