Ethereum Co-Founder is Optimistic about the Future of Blockchain Technology 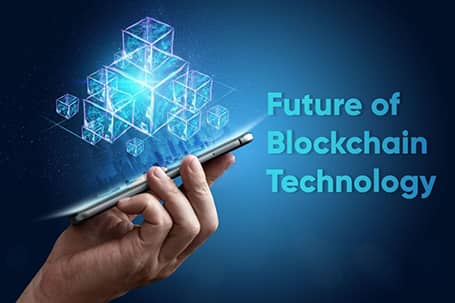 Bitcoin may be the most famous cryptocurrency, but it’s Ethereum that paved the way for the mainstream adoption of blockchain technology.

It’s now the foremost and largest decentralized platform in the world. Ethereum enabled the deployment of decentralized applications (dapps) and smart contracts. Both can be run and built without fraud, downtime, or interference and control from a third party.

In a recent interview with CNN Money, Ethereum co-founder Joseph Lubin expressed a positive forecast for the cryptocurrency and blockchain market— one that can inspire greater confidence in blockchain investments.

He said that, “This is a technology that’s going to impact how economic, social and political systems are built over the next few decades.” His statement holds true as early as now. Many Fortune 500 companies like IBM, NVIDIA, Mastercard, Unilever, Ford, HSBC, and Amazon are already investing in the blockchain.

Various industries are also starting to adopt the technology such education, healthcare, and the digital marketing blockchain.

Aside from influencing sectors around the world, he also maintained that, “everything that’s an asset right now is probably going to have representation as a crypto asset at some point in the future.”

Huge Amount of Crypto Activity due to the 2017 Boom

Lubin also referred to the 2017 explosion of cryptocurrency prices. He attributed this to the fact that people are beginning to understand the promise of blockchain technology.

He emphasized how the boom brought more attention to the crypto space. Regardless of the volatility of the crypto market, greater awareness about the technology led to more and bigger investments.

Regulations for the Crypto Market are Developing Favourably

Later in the interview, the Ethereum co-founder said he was satisfied with the way regulatory bodies are approaching the blockchain and crypto market. He also touched on how the SEC decided not to classify Bitcoin and ether as securities, which can lead to greater mainstream adoption.

The CNN Money interview also mentioned the recent approval of the proposal by the Winklevoss twins for a dollar-backed trading fund based on cryptocurrency.

Lubin applauded the move. He stated that it’s the kind of progress needed to build more complex applications and flesh out the crypto economy.

Speaking of blockchain technology, Joseph Lubin said that he doesn’t think consumers need in-depth knowledge to take advantage of it. Instead, they should be encouraged to enjoy the technology through games, apps, and other practical applications. The technical intricacies of the blockchain can be left to developers.

This statement says two things: first, that people can take advantage of the blockchain even as beginners. Second, that investing in blockchain isn’t just for tech-minded individuals, but for anyone who understands its implications for the future.

Build Your Wealth on a Blockchain-Based Future

The world’s biggest companies and governments are starting to invest in the blockchain, and it’s only a matter of time before the technology hits mainstream status. There’s no better time than now to take advantage of its unlimited profit potential.

You don’t need to be an expert on the blockchain to get started— let Key Coin Assets take care of the details for you. From the SEO blockchain to ICOs and cryptocurrency, we will help you learn the best ways to build your wealth in this space. Contact us NOW at 843-886-9547 to start investing in yourself!