From Spotify to Apple, Cryptocurrency News Predict Blockchain Getting More Mainstream in 2021 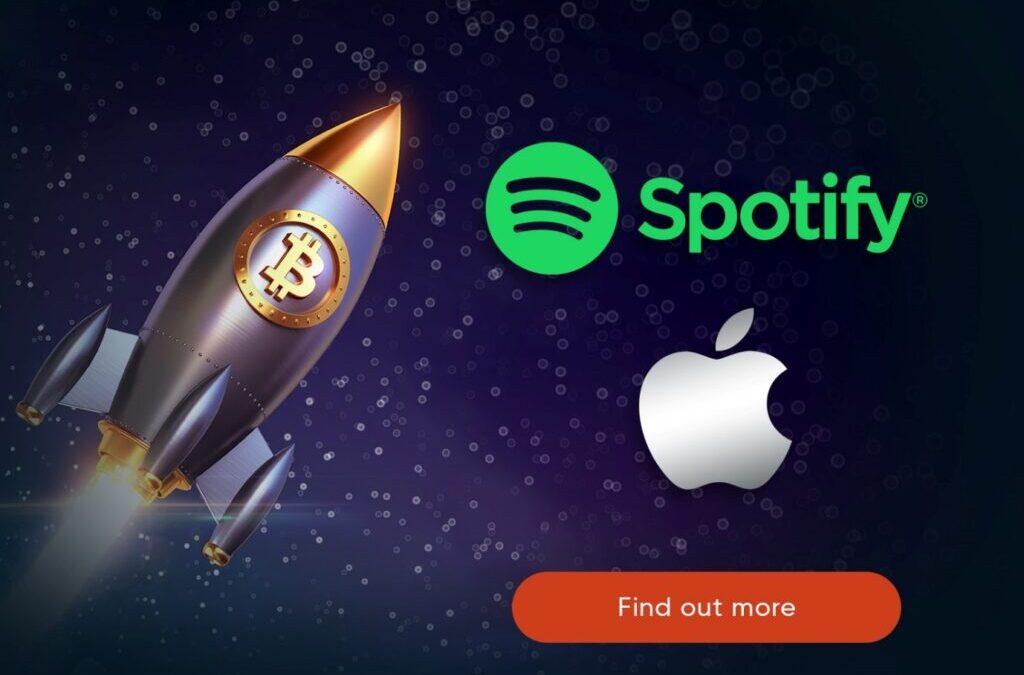 2020 is a rough year for the economy. Thousands lost their lives and the economy collapsed as the pandemic swept the nation. Despite all these, cryptocurrency news throughout the year showed that the industry is thriving.

Many big companies worldwide added blockchain technology to their operations. For instance, JP Morgan launched the JPM coin in September. A month after, Paypal rolled out a cryptocurrency service. Uniswap also beat Coinbase in trading volume, which may indicate the rise of decentralised exchanges.

The year is ending, and there are still many positive developments in the crypto space.

Spotify is on the hunt for an associate director who can lead its crypto ventures. In other words, the company is looking to explore technology. The person will also manage Spotify’s activity within the Diem stablecoin project.

The project refers to Facebook’s upcoming crypto. Originally known as Libra, Diem aims to give users a dollar-pegged currency, digital wallet, and a programmable blockchain. Furthermore, the project could be the first cryptocurrency from a major tech company.

The project enables people to invest in ventures that improve energy-efficiency with WOZX. Then, they are repaid with tokens that represent energy savings.

Efforce kicked off on HBTC.com, a trading platform for decentralised currencies. In addition, it was launched in another marketplace called Bithumb Global.

Apple achieved a lot in popularising computers. Similarly, Efforce aims to decentralise the $241 billion market of energy financing. Wozniak developed the project with a team of industry experts.

MicroStrategy Adds 2,754 Bitcoin to Its Stash

Microstrategy’s latest investment amounts to around $50 million. The coins each have an average price of $19.427. The software analytics firm now holds 40,825 Bitcoins.

To sum up, the company entered the industry when it purchased 21,454 bitcoins. The total price was $250 million. And it was one of the many cryptocurrency news that shocked other industry players. This happened after its CEO Michael Saylor committed to a Bitcoin Standard.

Then, a month later, Microstrategy added 16,796 bitcoins to its stash. The investment cost $175 million. Saylor said that he considered Bitcoin the best asset to store most of Microstrategy’s liquidity.

The investment titan purchased twice as many coins as miners would produce in November. Grayscale now holds a record $7.3 billion in total Assets Under Management (AUM).

As a result, Grayscale created a supply imbalance. This usually leads to big price gains, and Grayscale is still on a shopping spree. As of December 4, the company’s Bitcoin AUM surpassed 10.5 billion.

Get Ready for More Crypto Developments in 2021

With these developments paving the way, many blockchain companies predict that 2021 will be another great year for the industry. Stay on top of news about cryptocurrency and blockchain technology. Then, take advantage of trends to get ahead of your competition.

For timely updates about the latest crypto developments, look no further than Key Coin Assets. Our blockchain experts can also give you insights about the hottest news, help you maximise your ventures, and more. Call us NOW at 843-886-9547 to start investing in yourself!