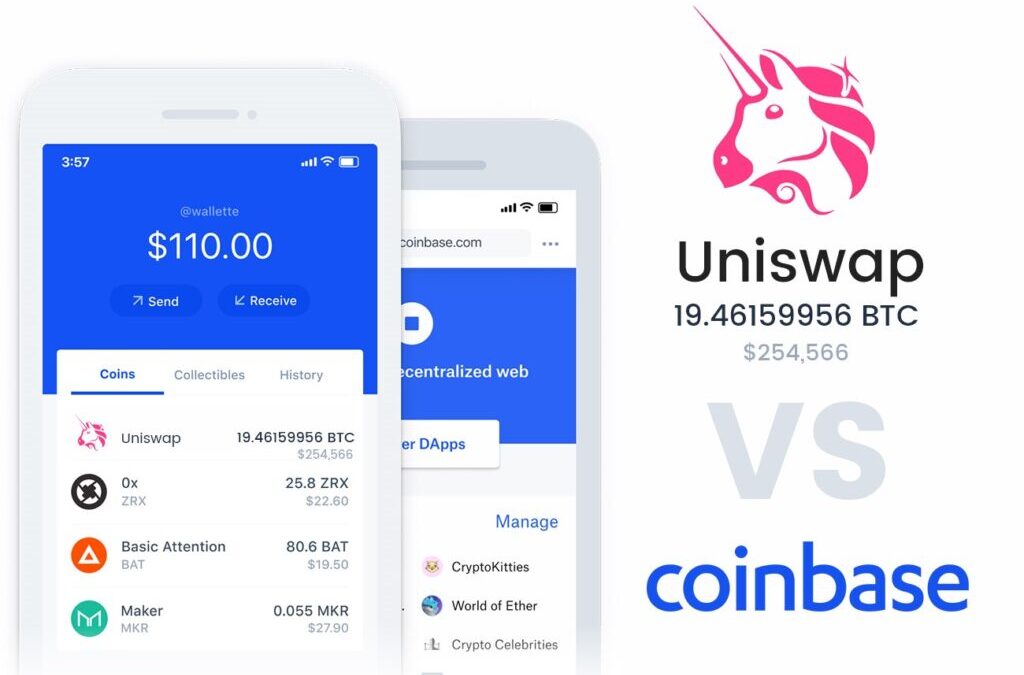 Uniswap surpassed Coinbase for the first time when it comes to monthly trade volume. This is based on data gathered by The Block Research, a leading analysis brand in the blockchain technology and digital asset space.

Uniswap hit approximately $15.4 billion in monthly trading volume amid the surge of interest in decentralised finance (DeFi) crypto projects last September. It made up more than half of the reported decentralised exchanges (DEXs) for that month, which was $23.5 billion.

Coinbase only saw around $13.6 billion in monthly trade volume in the same month.

Uniswap refers to an automated liquidity protocol that has recently taken the digital market by storm. Developed on Ethereum, it features censorship-resistance and a high level of decentralisation, enabling users to trade without mediators.

Coinbase, on the other hand, is one of the leading mainstream cryptocurrency exchange today. It is a centralised platform for storing, transferring, and trading digital currency.

How Did Uniswap Overtake Coinbase?

Cryptocurrency websites point to the launching of Uniswap’s governance token in mid-September as one of the triggers for the sudden surge.

The rollout involved around one billion tokens that will be released over a four-year period after which a continuous inflation rate of 2% per year will take effect. At the expense of passive token holders, the rate will ensure sustained participation to Uniswap.

Decentralised Exchanges Are on the Rise

Traditional centralised exchanges like Coinbase have reigned supreme in the blockchain market for years due to their convenience and other benefits. Uniswap toppling one of their major players proves that decentralised solutons are drawing level to traditional cryptocurrency platforms.

Uniswap beating Coinbase is only one of the most recent crypto developments that contribute to the rise of DEXs. The demand for DEXs has been growing exponentially throughout 2020 despite the COVID-19 crisis.

The top reason behind this accelerated growth is the DEX’s ability to eliminate the need for custom price orders and the traditional order book. The cost of the asset is instead established with a formulat that is based on the asset’s relative share in liquidity pools.

Deals will automatically alter the state of assets in the pools, increasing or decreasing the price depending on the nature of the transaction.

DEXs’ growth over the years is also notable. In January 2019, they had a monthly volume of approximately USD 40m. Last July, the figure has increased exponentially to almost USD 4.5n.

Empower Yourself with the Latest Blockchain Technology News

Knowledge is power in the world of cryptocurrency and the blockchain. It helps investors sniff out lucrative ventures, calculate which risks are most likely to pay off, and stay in the game.

If you want to set yourself up for success in DEXs, you must stay up-to-date with the latest blockchain developments on top of having solid crypto know-how.

Learn how to build your wealth with blockchain technology, take advantage of the hottest crypto trends for your business, and get ahead of your competition with Key Coin Assets. Contact us NOW at 843-886-9547 to start investing in yourself!