The Beginner’s Primer to Bitcoin Halving, a Blockchain Technology Milestone 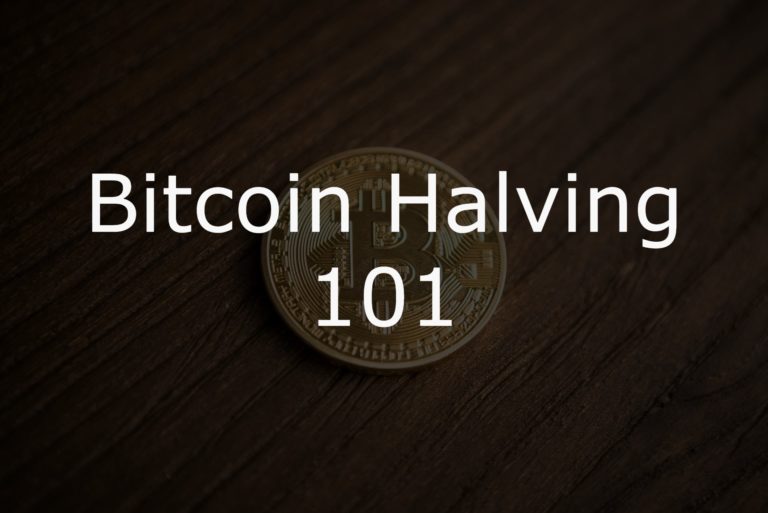 The world of cryptocurrency and blockchain technology is gearing up for one of the most highly-anticipated events known as the “Bitcoin halving.” It grabbed headline status in many real-time cryptocurrency news sources and continues to be a hot topic for experts, investors, and everyone with an interest in the market.

Now the stage is set for the third Bitcoin halving in history which is forecasted for May 2020. What is the halving, and how will it affect the global cryptocurrency landscape? Understanding the Bitcoin halving is especially important for investors, as it will affect the value and direction of their investments.

Cryptocurrencies take tremendous time, computing power, and energy to produce. As an example, you need a lot of GPU power and electricity to “mine” Bitcoin, which is a process similar to mining for gold.

To generate Bitcoin, miners use computers to perform extremely complex calculations to validate transactions, aka blocks, on the blockchain. As a reward, these miners get newly-issued tokens for their efforts, and these tokens are called block rewards.

When Bitcoin was launched in 2009, miners received 50 Bitcoin for every block they successfully validated. However, this process will eventually lead to an oversupply of Bitcoin in the market, which in turn can fuel inflation.

Bitcoin creator Satoshi Nakamoto wrote the halving into cryptocurrency’s code. It’s designed to limit the supply of Bitcoin, which will stop once the total number of Bitcoin in the space reaches 21 million, making it a finite asset and controlling inflation.

What is the Bitcoin halving?

As indicated by the name, the Bitcoin halving divides the value of block rewards into two. Miners originally received 50 coins when Bitcoin was first launched in 2009. The first halving decreased the reward value to 25 coins. During the second halving, the reward was reduced to 12.5 coins.

There is no set date for the halving even. It’s programmed to be triggered after every 210,000 blocks mined, which roughly occurs every four years. Based on this timeline, the third halving is expected in May 2020, which will reduce the block reward by half or equal to 6.25 coins.

The Significance of the Bitcoin Halving for Blockchain Investments

The bottom line is that every halving delivers good news for investors in general. It helps stabilise the market while keeping values high and preventing inflation. However, it does heat up the race for investing in crypto as the next halving approaches, and the market becomes even more profitable.

Invest in the Growing Blockchain Space with Key Coin Assets

Just like the gold rush, the greatest rewards come to those who have the foresight to recognise an exceptional investment and take advantage of it. Unlike mining for gold, however, the blockchain and cryptocurrency are here to stay for good. Are you ready to generate wealth?

Become a knowledgeable and strategic investor with Key Coin Assets. Call us at 0843-886-9547 to explore blockchain investment options and digital asset management solutions. Contact us NOW and start to invest in yourself!